Fill in our short form

We deal with your creditors
Apply Now More Info

Is your Company unable to pay its debts and being threatened with winding up action?
Contact MPH Recovery for professional help and advice to directors and shareholders on how to wind up a company’s affairs.

This is appropriate when a company is insolvent and has no prospect of continuing to trade profitably in the future. A CVL is an insolvent liquidation process which is driven initially by the directors, however 75% of the shareholders must agree to the winding up. A creditors’ meeting is summoned at which creditors can vote for the appointment of the proposed liquidator or appoint a liquidator of their choice.The Liquidator realises the company’s assets and distributes the proceeds in a prescribed order of priority. The Liquidator also has a duty to investigate the conduct of the directors and any other officers of the company.

Ordered by the Court, a compulsory liquidation is usually on the petition of a creditor, the company or a shareholder. It is usually a creditor’s action of last resort in attempting to collect an outstanding debt. The procedure immediately takes control away from the directors as the company’s bank account will be frozen at the point the petition is presented. Initially the Official Receiver acts as liquidator although an insolvency practitioner will be appointed where there are significant assets to be realised.

This is a solvent winding up procedure and is the proper way of dealing with a company that is ceasing to trade. Quite often this is as a result of tax planning or simply retirement or reorganisation by the members. A liquidator is appointed to realise the company’s assets which must be sufficient to settle all its liabilities within 12 months. Any balance will then be distributed to shareholders enabling them to realise their interest in the company.

The holder of a floating charge over a company’s assets created prior to 15 September 2003 may appoint an Administrative Receiver should the company default under the terms of the debenture. An administrative receiver has wide powers allowing trading to continue, preserving the ability to sell the business as a going concern.

Unlike Administrative Receivership, this appointment is made by a mortgagor who does not hold a floating charge over the company’s assets. The Receiver is appointed to realise a specific asset for the benefit of the charge holder. 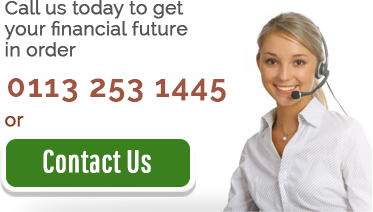